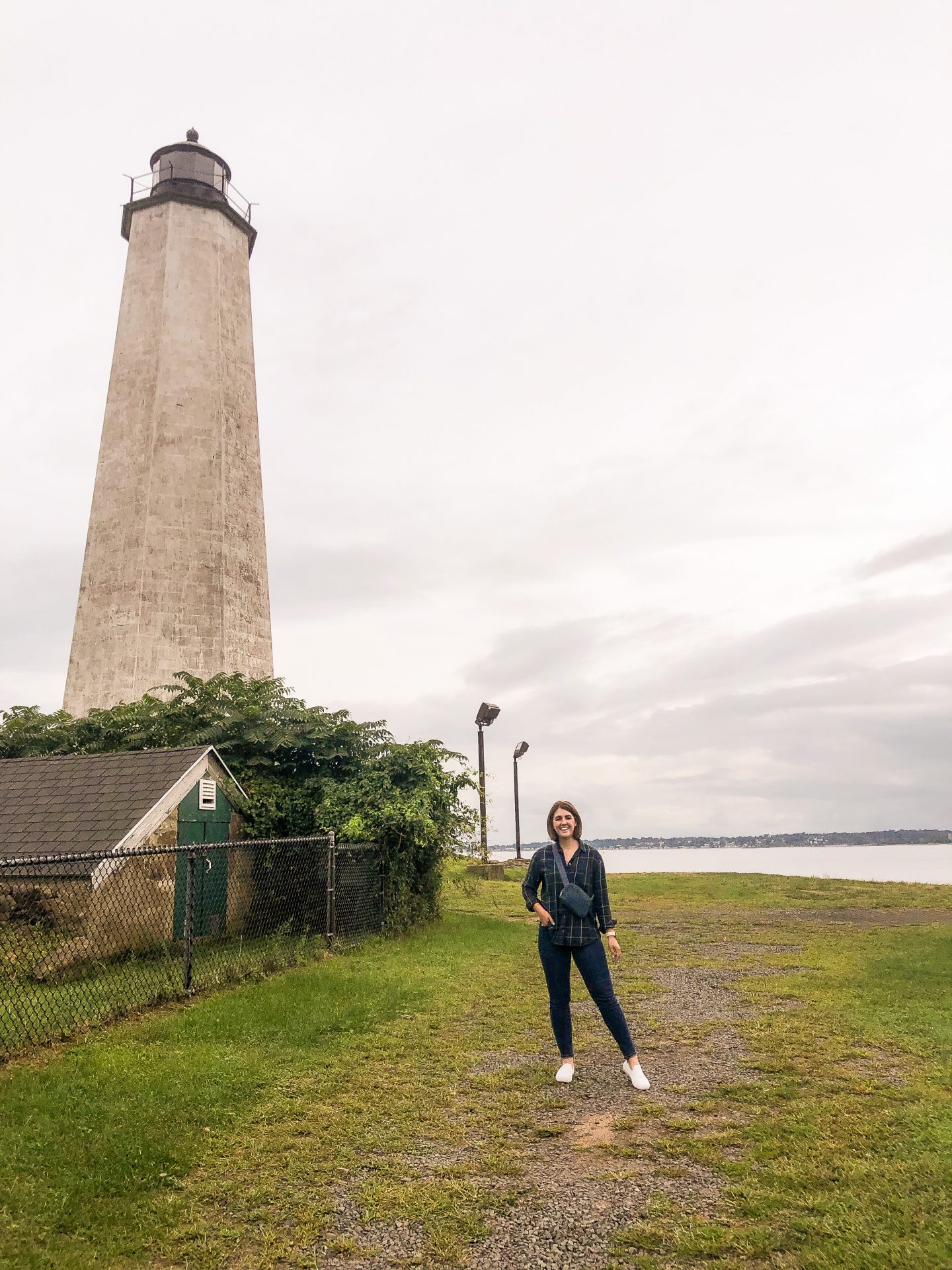 Hey, remember when my mom and I took an epic road trip all throughout New England back in September? Well, with it being the peak of autumn, I figured it was time to recap our trip. (We’ve been a little busy and I’m just now getting We booked it last minute, but it ended up being a lot of fun because we didn’t have any expectations! Below, I’m breaking it all down state-by-state just in case you find yourself in New England someday!

Fun fact: this was not the original trip we had planned. In September 2018, Rob and I gifted my mom some plane tickets to London for an epic two-week Europe adventure. Little did we know, our plans would be foiled by a pandemic that we’re still dealing with now in 2021. After cancelling and rescheduling the Europe trip a 3rd time, my mom decided it wasn’t meant to be for now. She was, however, still game for a vacation and so was I.

After tossing around some ideas, she mentioned she’d like to see some states she’d never visited before. This sounds like it’d be easy, but my mom has traveled A LOT in the U.S. It was no small task trying to narrow it down. After looking at the map, she realized the only states she hadn’t been visited were each of the New England states and Hawaii. Both seemed like solid vacation options, but with everything going on in the world at the time mom felt more comfortable choosing a classic New England road trip.

Our 10-day road trip was essentially a giant circle. We flew to Boston, rented a car, then drove north and made a large counter-clockwise loop through Maine, New Hampshire, Vermont, Rhode Island, Connecticut, and back to Massachusetts. We made several stops along the way, so most days were broken up with fun things to see and do.

To keep in simple, I’ll be breaking down what we did, ate, and saw in each state!

We spent most of our time in Boston! It was my first time to visit The Cradle of Liberty, and I fell in love quickly! It’s much different than other large cities I’ve visited in the past. It’s a very modern and beautiful city, smattered with historical U.S. landmarks. Contrary to what I was expecting, most people were friendly and very willing to help us out.

I think my least favorite thing about Boston was the traffic. Since we were planning to road trip, we rented a car to keep at our hotel until we set out on our adventure. However, getting the car from the airport rental facility to our hotel was quite the endeavor. Native drivers were aggressive and not afraid to use a horn to get your attention. Thankfully we made it in and out of the city with no accidents, but be warned! Driving in Boston is no easy feat, and parking is very limited.

If you’ve never been to Boston, the most efficient way to see the city is by walking the Freedom Trail! It’s a 2.5-mile self-guided tour featuring 16 impressive sites significant to the birth of the United States. It can take anywhere between 2-4 hours depending on how many of the sites you decide go inside. Regardless of how much time you have, if the weather allows, I highly recommend it. We grabbed coffee around 8 a.m. and finished just in time to grab lunch. The trail is a red line on the ground starting at Boston Common and ending at the Bunker Hill Monument. It was easy to follow, but there is an app that includes a self-paced tour ($6.99) explaining the significance of each site. We didn’t get to use it, but it has great reviews!

After lunch we took the subway to Newbury Street, a dreamy shopping district full of fun and unique stores as well as popular favorites. I did some damage in the Rothy’s storefront (1 of 6 in the whole country!) and dropped by a few other places as well. We then hopped back on the subway toward Cambridge to make a mad dash through Harvard University’s campus before stopping for dinner.

If you’re looking for a quick bite for breakfast or some coffee on the go, Tatte Bakery & Caffe is a great place to stop. There are several locations throughout the city, and they offer everything from full brunch on the weekends to small bites during the week. I opted to try a blueberry muffin and their house latte featuring honey and cardamom that I have been dreaming about ever since our trip.

Mike’s Pastry was the next place we stopped at for their famous cannolis. It’s located in the North End and it was SUCH a treat! We grabbed an espresso cannoli and a pistachio cannoli and that was more than enough to satisfy our sweet tooth.

Boston Chowda Co. was next on the list for some classic Boston cuisine. I’m not much of a chowder fan, butI grabbed a bowl of lobster bisque that was to die for. My mom can vouch for the clam chowder. The lobster rolls looked impressive and they also had an array of soups, bread bowls, and homemade New England Pot Pies. It’s located in Faneuil Hall and can get pretty crowded since it’s a stop on the Freedom Trail, however, we walked in just as they opened and got a table upstairs with no problem.

The day before we flew home, we made a quick stop at the Sam Adams Boston Brewery where they have a taproom as well as tours. My mom isn’t a huge beer fan, so she grabbed a bottle of root beer while I enjoyed their signature flight outside on the patio. There are small snacks to order as well as some shareable appetizers, but the focus is really on the beer. I’d love to go back for a tour at some point, but the taproom experience was great!

We made a quick stop in Salem as we made our way North which was equally quaint and creepy. The old houses were beautiful and during our walk we happened upon a pretty garden that seemed to be out of a storybook.

A few of the notable things to see in Salem included the Jonathan Corwin House or “Witch House”, the Salem Witch Trial Memorial, and the House of Seven Gables. We opted for a quick drive by each place where we hopped out to take photos and read the information posted outside. But there are plenty of tours and opportunities to dive into the history of the area.

As you can imagine, the highlight here was Plymouth Rock, but it was a quaint little town on the harbor. We stopped for lunch at a touristy spot near the water out of convenience and continued with a quick walk through Pilgrim Memorial State Park.

My mom found an outlet mall here that was pretty impressive! We spent a few hours walking around and did our fair share of shopping. Being from Oklahoma, it’s rare to find Lululemon or Crate & Barrel outlet stores, so that was a treat! It was a convenient way to stretch our legs on the way up north.

An iconic summer getaway during all seasons, Kennebunkport was a fun pitstop! We stopped here to find something for lunch and ended up at Ryan’s Corner House Irish Pub. The food and service was fantastic, and we loved as we made our way north and walked up and down Main Street to see the sights before hitting the road again.

We stopped at the iconic L.L. Bean Flagship Store that’s open 24/7 in Freeport! It was MASSIVE and so impressive. We joked that it was the most New England-y thing we did during the whole trip. The employees were so kind and we ended up spending a couple hours marveling at everything inside. If you’re in the area I definitely recommend stopping by!

This is where we stayed the night in Maine! It’s a fairly small town, so it was nothing fancy and just a place to lay our heads for the night, but my mom had a goal of staying in each New England state’s capital. We stopped by the State House to take some quick photos before we got back on the road.

Being the Vermont state capital, we stopped by the State House for a quick photo and then headed to Morse Farm Maple Sugarworks for an authentic maple syrup tasting experience! We took a tour and learned the background on how maple syrup is made and graded. It was interesting and so much fun because I’d never had “true” maple syrup before. Grocery store bought syrup will never live up to this! My mom and I both purchased some to ship home, but you can order gifts from their online store year-round.

Our first stop in Waterbury was the Cold Hollow Cider Mill. It’s home of the original cider donut and all the apple and hard cider you can drink. It was a chilly morning so we both treated ourselves to a hot cup of apple cider and a fresh cider donut. There’s a restaurant on site as well as a hard cider tasting room that I’d love to visit if I ever get to back! The hot cider and donuts are well worth the visit, however.

Next up- the Ben & Jerry’s Factory. We stopped by the Scoop Shop for a sweet treat (I’m a huge fan of their Chocolate Chip Cookie Dough), buyou can also schedule a factory tour as well! Be sure to walk up the hill to visit the Flavor Graveyard where all their discontinued flavors have been laid to rest. The entire experience is very family friendly and fun for all ages.

We took a rainy day still around the Yale University campus which was extremely impressive as well as made the quick drive out to Lighthouse Point Park for a look at the water. We only spent half a day here, but I’d love to come back and spend more time in this fun New England college town.

We found Modern Apizza solely based on online reviews. It’s a little hole-in-the-wall pizza joint that’s been in business since 1934 in the same building where it’s located today. They are famous for their brick oven pizzas and it did not disappoint. I will 100% be going back for their Italian Bomb specialty pizza as soon as I get the chance.

Other than walking around and taking in how cute Main Street is, all we did in Mystic was eat. We obviously had to stop by Mystic Pizza where you can grab pizza by the slice to-go or sit down for a casual dining experience in the restaurant made famous by the movie. Another place we loved was Sift Bake Shop where I tried their famous Birthday Cake Latte and a blueberry muffin. My mom and I also split a box of 6 homemade macarons that were so special and delicious.

We stopped in Newport since it’s home to my mom’s very favorite, Del’s Frozen Lemonade. There are several locations, but we came across a tiny shack where we were able to grab a small frozen treat of their original frozen lemonade that makes them so famous.

We enjoyed our New England adventure so much, and I look forward to going back again soon! Hopefully you found this blog post helpful and added a few things to your itinerary if you’re headed to New England soon. Have you been to any of the places I mentioned? Know of somewhere I should add to mine the next time I head that way? I’d love to chat with you in the comments below. As always, thanks for being here and thanks for reading! Talk soon! 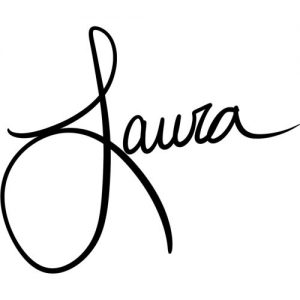